In the epic conclusion to Victoria Aveyard’s stunning series, Mare must embrace her fate and summon all her power… for all will be tested, but not all will survive.

am so relieved this series is finally over. But I am sad too because it took 3 years of my life to read it and follow its heroes to the end. Love/hate relationships with books are so complicated, go figure.

>>To summarize 3 main characters and the path they’ve made throughout the years.

She is the most special one of them all; the bane of everyone’s existence, and, though, she keeps telling she’s nothing but a lightning girl, everybody keeps doing what she is saying. The world is doomed.

I am a little bit unfair right now because Maven actually showed some degree of humanity in this installment, but it’s a pity half of his minds still revolves around Mare, the precious. So, we get what we get. 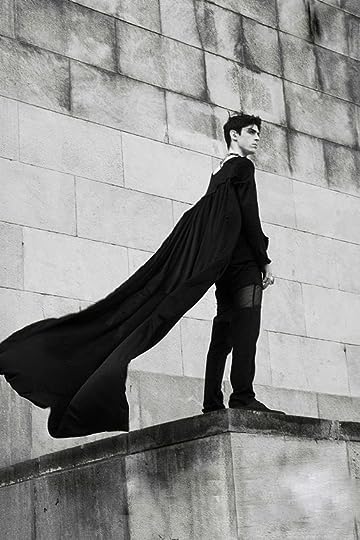 Cal finally makes some decisions. A pity they are not long-lasting, because Mare is there to command and ruin everything. Cal was and stays my favorite character, but I wish Aveyard gave him more than what he got in the end.

>> Politics and war scenes are magnificent as usual. I think part of me did not abandon this series because intrigues and backstabbing are in extremely high regard in the Red Queen series. What girl with a love for everything wicked would deny it? Not this one.

>>I am quite undecided whether I like or dislike this series, but it’s undeniable that for some reason it stays memorable to me.

Follow One Thousand and One Book on WordPress.com
Join 185 other followers

Chasing sunset. Again.
How we spend Summer.
Everything is going to be alright.
Summer in the air
Chasing sunset.
Sweet adventures.
Create your website with WordPress.com
Get started
Loading Comments...
%d bloggers like this: